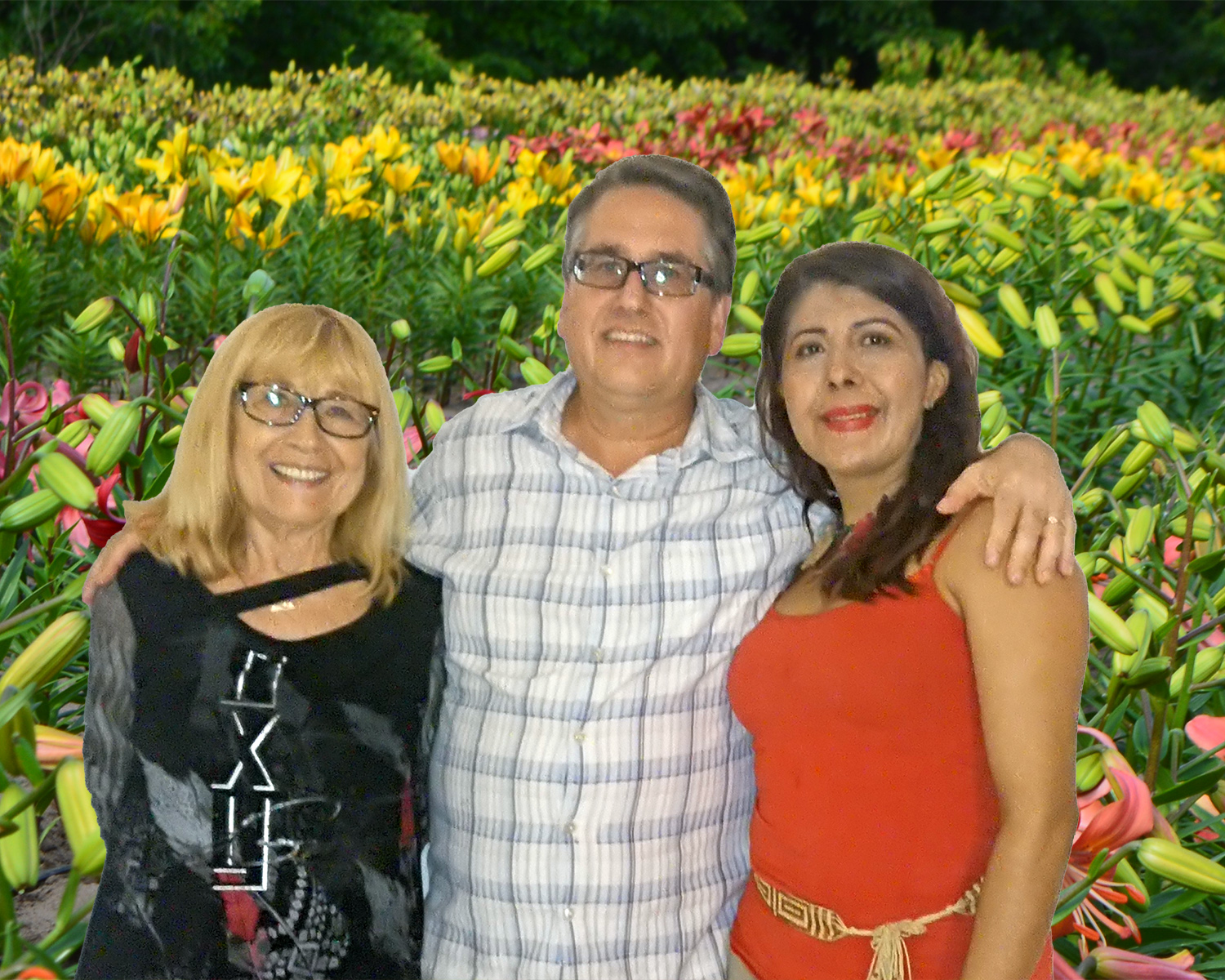 Joyce - Nigel - Mimi
HISTORY
Situated on the outskirts of Neepawa, Manitoba, only 2½ miles (4 km) South on Highway #5, is one of the fastest growing tourist attractions in the area. It was here that Barrie Strohman's hobby of growing and hybridizing lilies began over 30 years ago. In 1995 Barrie’s son, Nigel Strohman began the commercial operation of The LILY NOOK and released their first catalogue. Yearly a catalogue is designed and printed, which offers 150 varieties with 136 color pictures. Bulbs are shipped throughout the world both spring and fall. On the landscaped six acre plot, over 1500 named varieties are grown spanning all nine divisions of the genus lilium. Several lilies, hybridized by Barrie Strohman have been named and registered with the Royal Horticultural Society in England with several more promising ones being selected for release. Our unending quest is to offer many more exotic blossoms for those who have discovered the excitement and pleasure their beauty can bring.
"The Lily King" - 'Barrie Strohman'
Aug 12th, 1930 - July 23rd, 2010 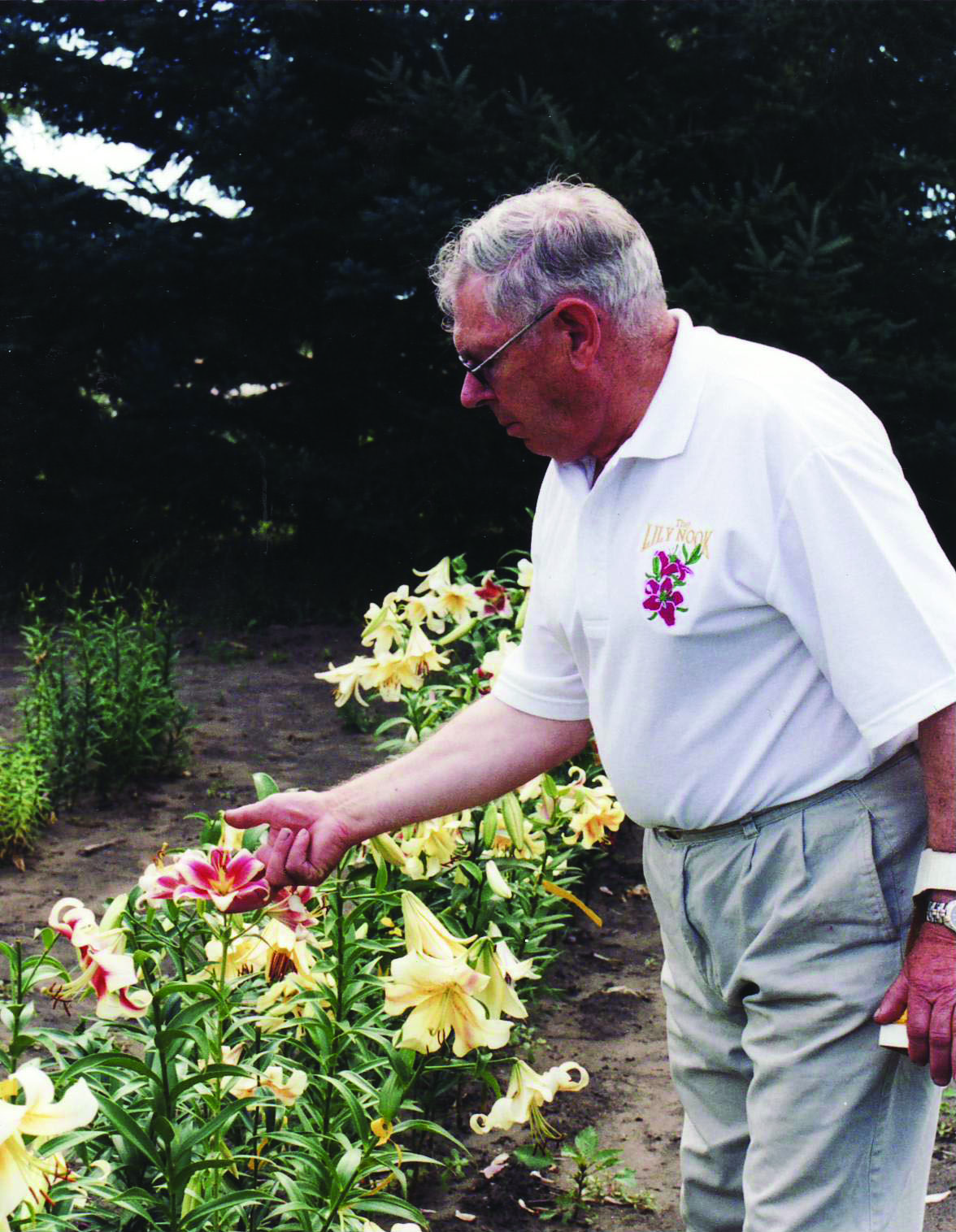